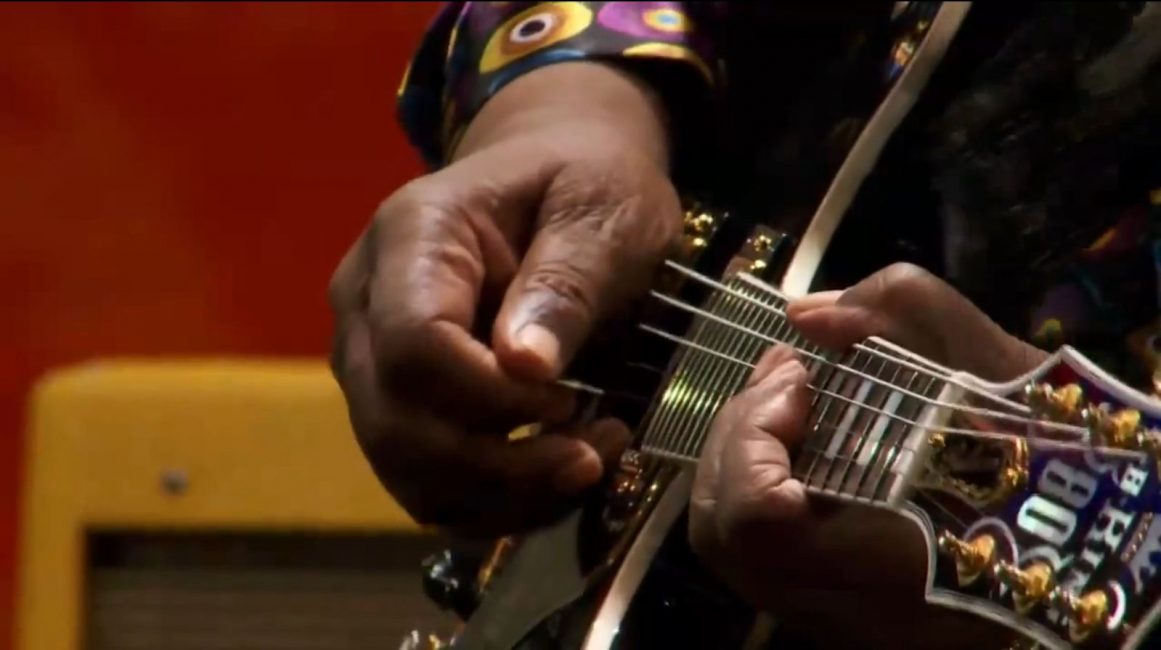 This is concert coverage at its best. Camera movement is kept to a minimum, shots are steady, rarely is focus missed, and there aren’t a million short cuts trying to follow the music or tons of cuts back to crazy hippie dancers in the audience. The film tries very hard to let the music speak for itself and focus on the performers. Unfortunately there are a number of interviews or talking head moments in the film.

About half are good and informative, the rest are really annoying. Sadly there was some voice over during performances by Sonny Landreth, Bert Jansch, and Earl Klugh. In a way, the editor is saying, folk music, jazz, and instrumental is boring, he needed to spice things up with commentary. The film opens with a hokey drive around Chicago in an old convertible. I would have preferred one more song instead of this lead in.

Then on the 13th, in a side-stage segment, Haynes, Trucks and Gregg Allman performed Neil Young’s « The Needle and the Damage Done. » The eerie, autobiographical authority in Gregg’s voice – especially when he got to the personal resonance in the line, « I hit the city and I lost my band » – was gently matched by the mourning eloquence in Trucks’ acoustic, bottleneck lines.

Gary Clark, Jr., now a much bigger star than when he made his explosive Crossroads debut in 2010, was everywhere: jamming with Clapton’s guitarist Doyle Bramhall II; on the side in a rousing one-man-band appearance; and firing up « Bright Lights, Big City » at center stage on the 13th.

This year’s newcomers included Blake Mills, a touring guitarist and session player for Kid Rock, Band of Horses and Lucinda Williams. Mills made a quietly effective impact with his bottleneck and fingerpicking in the Santo and Johnny standard « Sleepwalk, » backed by the sumptuous ripple of Booker T.’s Hammond organ.

Another new entry, Quinn Sullivan, is a teenage protege of Buddy Guy. The lack of air in Sullivan’s precocious chops was no problem in Guy’s typically exuberant set. His learning curve – particularly the melodic advantages in deep breathing – was evident when Guy’s other guest, sacred-steel guitarist Robert Randolph, took off, alternating between his own busy ecstasies and long, smooth whines of slide and elegantly fluttering single notes.